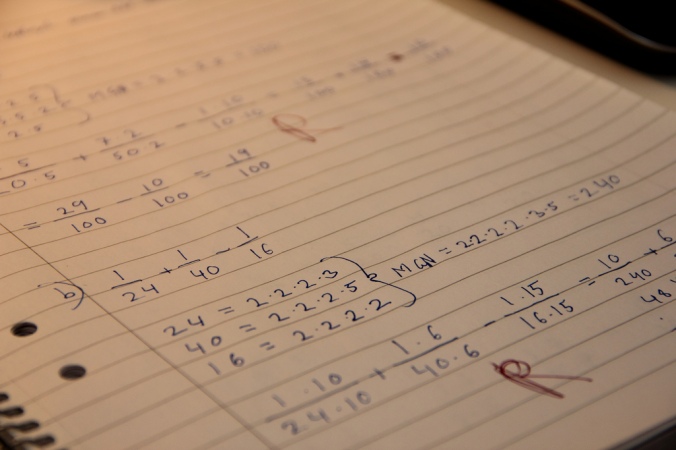 There must be a reason for doing this homework other some job you’ll get ten years from now, right?
Photo credit: Flickr user “Hades2k” – Used under Creative Commons

In a previous post, I commented on how struck I was upon reading an embittered writer’s rant about having to take a “useless” math class. I mentioned four main misconceptions that we math teachers have allowed to take root in the modern academic mindset. I will now address misconception #3:

“The value of math class is defined by the eventual occupation of the student in the class.”

Okay, the oft-mentioned Sir Ken Robinson (@SirKenRobinson) and Dan Carlin (@dccommonsense) both speak out on this one. This is grounded in an economic viewpoint that education’s role is to provided able-bodied laborers to supply the national workforce. This wouldn’t be a scandalous view of education except that able-bodied in 1900 (when the system was being designed) is not the same as able-bodied in 2013… or 2025 when this year’s kindergarteners graduate high school.

The message is that you aren’t going to appreciate this math class until you get to your future job. This math class is of no value to you now. Just invest your time in this class. Accept the challenge. You’ll thank us later.

Is it any wonder that we are having a hard time selling that message to our students? Remember this is a generation of kids who have grown up on online shopping, on demand TV, DVD’s mailed to their house, and texting and social media. This isn’t new to them. The world is an instantaneous place. And we are sitting them in a class with some of the most challenging material telling them, “Just wait ten years. Boy, then, you’ll be really glad you took THIS class.”

But surely that can’t be true. There must be a way to design a math class that is useful tomorrow in any circumstance for a civil engineer or a McDonalds employee. The latter being quite important because several of my students are currently employed at McDonalds.

So what will be useful tomorrow? Well, we math teachers would say they need a general numeracy, the ability to model life situations mathematically, and patiently solve complex problems.

That is, “useless” math classes, like the ones that I teach, exist to provide the general public with the ability to read and analyze statements with numbers, recognize common elements of different life situations, and solve complicated life problems with unknown solutions effectively and patiently. There is no job (or state of unemployment, either desired or undesired) that won’t make frequent use of those abilities.

It seems like if The State of Michigan wants to create a sign listing all of the areas that make use of my “useless” math class, they are going to need quite a bit more paper. 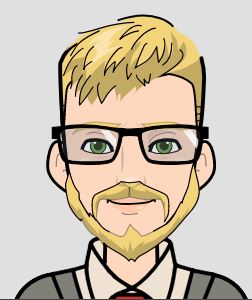